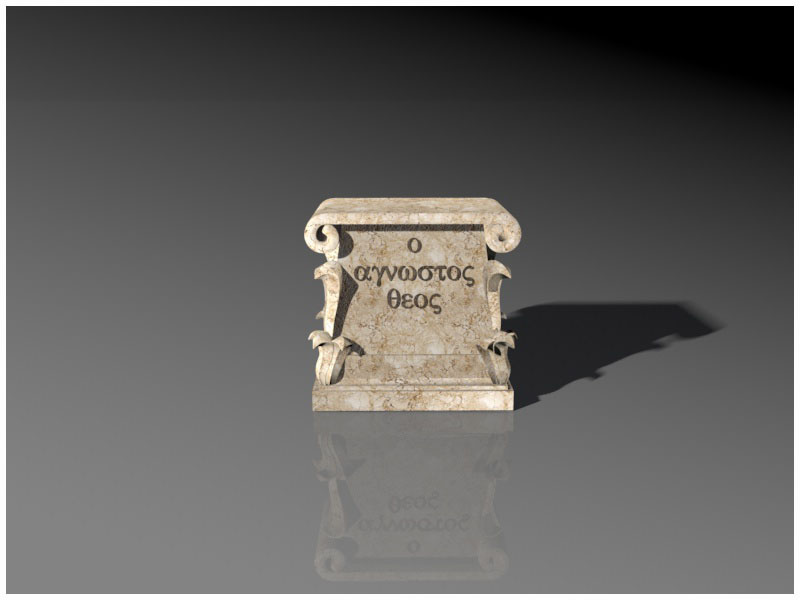 Being in Athens waiting for some friends, the fearless Paul visited the city, the monuments, churches and important buildings. Figures of gods and goddesses, heroes and legendary warriors, were widely reproduced everywhere, being worshiped by the Athenians, who loved art and culture. Athens looked like a great art gallery, an outdoors museum. Paul was concerned about the abundant idolatry he found and because the true God was being dishonoured. He used the time to speak in the synagogue, but also with philosophers in the public square, among whom there were some philosophers of the Epicurean and Stoics1; but these and the rest who dealt with him saw he had a wealth of knowledge. His intellectual powers imposed respect for lawyers; while his fervour, his logical reasoning and the power of his oratory drew the attention of all his audience. His hearers recognized the fact that he was not a novice, but a man capable of dealing with all kinds of compelling arguments in defence of the doctrine he taught. Thus the apostle stood undaunted, despite the mockery and irony, facing their opponents on their own ground, facing the logic with logic, philosophy with philosophy, and eloquence with eloquence.

On one occasion, he was invited to go and speak at the Areopagus, the most emblematic place in Athens, where he was surrounded by poets, artists and philosophers. They asked him about the new teaching he preached2 so he took the opportunity to mention their sightseeing and intelligently link what he had seen, with the Gospel message, demonstrating at the same time that he knew Greek literature. His speech was: ‘Men of Athens, I have observed that you are very religious. Because going through and watching your sanctuaries, I found an altar with this inscription: ‘To the unknown God’. The God you worship without knowledge is the God I announce. The God who made the world and everything in it, he is Lord of heaven and earth. He does not live in temples made by human hands, nor need anyone to serve him, because he does not need anything, because he is the one who gives all life and breath to all creatures. From one man he made the whole human race to dwell on the face of the earth establishing their precise time and boundaries to live, to seek and find God, even groping. But the truth is he is not far from each one of us, because we are, move and live through him. Some poets among you have already said that, ‘We are also his lineage.’ Since we are God’s lineage, we can not think that the Divine resembles gold or silver, or stone sculptures, nor to come from the human imagination. God has overlooked those times of ignorance and he wants now everyone, everywhere, to repent. Because he has set a day when, by the man he chose and rose from the dead, he will judge the world in righteousness’.3

At that caste era, when men rights were often not recognized, Paul presented the great truth of human brotherhood, declaring that ‘God made every nation of men from the same blood to dwell all on the face of the earth’. In God’s view all are equal. Every human being should offer supreme loyalty to the Creator. The apostle showed how, through all God’s dealings with man, his purpose of grace and mercy runs like a golden thread. When Paul spoke of the resurrection of the dead, ‘some mocked, and others said, we will hear you speaking again about this matter’.4 Among those who listened to Paul’s words, there were some people who believed him , but they did not want to be humiliate recognizing and accepting God’s plan of salvation. No eloquence words, nor force of argument, can convert the sinner. Only the power of God can apply the truth to our hearts. People who persistently avoid this power cannot be blessed. The Greeks searched for wisdom; however, the message of the cross seems them to be wrong because they considered their own wisdom to be better than the wisdom of heaven.5 Pride in the human wisdom is the reason why the Gospel message had little success among the Athenians. The wise men of the world that come to Christ as poor lost sinners, will become wise unto salvation; but those who come as distinguished men, extolling their own wisdom, will not receive the light and knowledge that only he can give. Paul tactfully faced the paganism of his days. His labours in Athens were not totally useless. Dionysius, one of the most prominent citizens, and some others, accepted the gospel message and joined the disciples.6