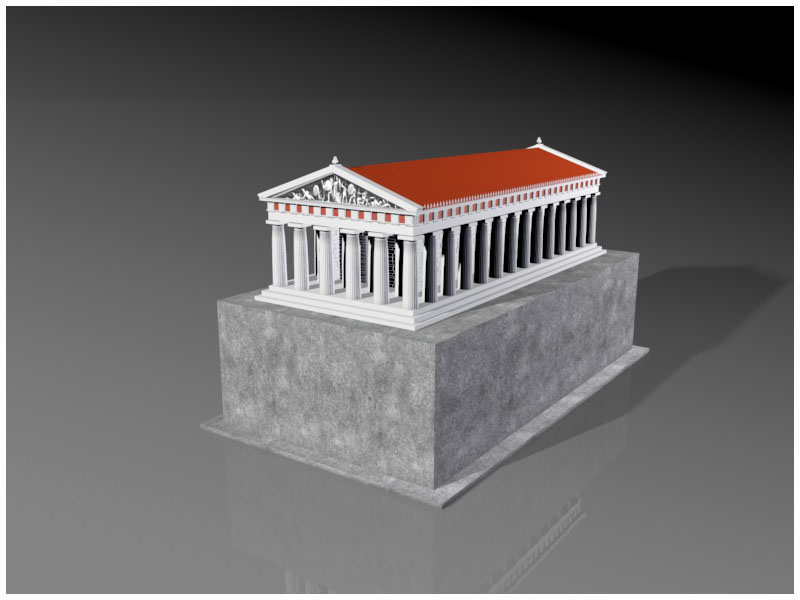 Despite all his tact, Paul was involved in a big issue in Ephesus. It was a big fuss and popular uprising against him and his companions, due to superstition, idolatry and great fanaticism the Ephesians showed by the patron of their city, Goddess Arthemis, who had a large and very famous sanctuary there, one of the wonders of antiquity. Paul always acted and spoke with great respect, but also with clarity. The issue arose from a person who feared that Paul’s preaching would damage his business. Clearly, the biblical text says: “There was a certain man named Demetrius, a silver-worker, who made silver boxes for the images of Arthemis, and gave no small profit to the workmen;whom he got together, with other workmen of the same trade, and said to them, men, it is clear that from this business we get our wealth. It has come to my ears, that not only at Ephesus, but almost all through Asia, this Paul has been teaching numbers of people and turning them away, saying that those are not true gods because they are made by men’s hands. Not only our business is in danger, but also the holy place of the great goddess Arthemis who may be no longer honoured, in spite of she is worship in Asia and the whole world. This deprives her of her divinity and majesty!”

When artisans heard this, they were enraged and shouted: ‘Great is Artemis of the Ephesians’ the whole city was filled with confusion and everyone left the theatre and dragged Gaius and Aristarchus, the Macedonian fellows of Paul. Paul tried to face the people, but the disciples did not let him. Also some of the chiefs of Asia, which were friends of him, sent him a message begging him not to go into the theatre. Such was the confusion among the crowd that the people were shouting without knowing why they were there. From the crowd, the Jews shoved Alexander, who motioned for silence, because he wanted to present his defence to the people; but when they realised he was a Jew, all with together cried out for about two hours: ‘Great is Artemis of the Ephesians!’ Once the crowd subsided, the clerk said, ‘Men of Ephesus, who does not know that the city of Ephesus guards the temple of the great goddess Diana, and the image that fell from heaven? This cannot be refuted. What you must do is calm down and not act rashly. You have brought these men, who have not defiled or insulted our goddess. If Demetrius and the craftsmen have a grievance against anyone, we have courts, and proconsuls. They can submit their accusation before them. And if you have any other demand, that can be solved in a legally constituted assembly. Due to events as this one, we run the risk of being accused of sedition, because nothing justifies a meeting like this.’ After that, the clerk dismissed the assembly”.1

Paul had preached for more than two years in Ephesus and in some localities of the Roman province of Asia, where many Jews and Greeks heard the Word of God and believed it. Paul’s preaching was accompanied also by a lot of extraordinary miracles.2 Due to some of these remarkable facts, many people magnified the name of Jesus, abandoning their superstitions and idolatries.3 God’s law, the Ten Commandments, tells us not to make figures of God nor of the things of heaven, not to kneel or venerate, even not honour them because that is idolatry.4 Today we can still see in many places, even among Christians, the use of pictures, statues and other items during the worship, something that the word of God clearly and strongly condemns.5