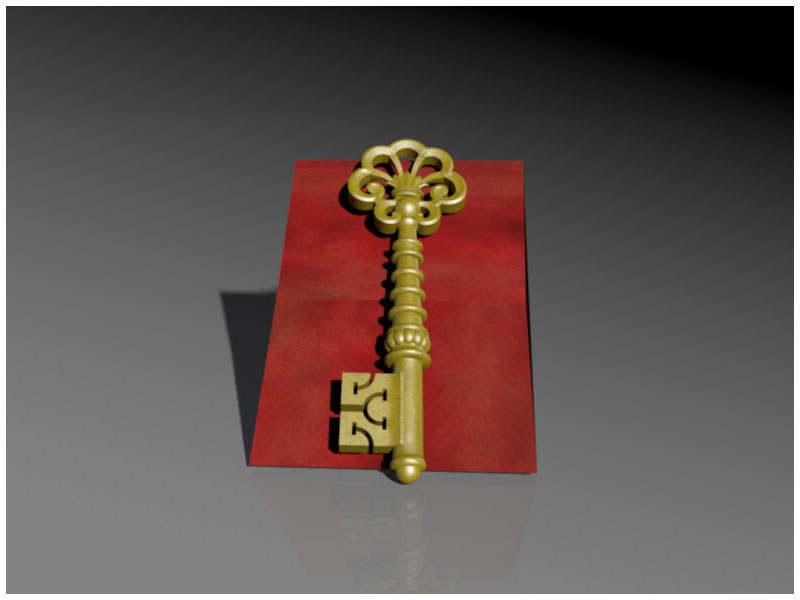 The ‘key of the abyss’ is an interesting name, and mysterious at the same time. It is mentioned only twice in the Bible, both in Revelation. One, in the prophecy of the seven trumpets, and another concerning the millennium.1 The word abyss, however, appears on many more occasions. It is mentioned for the first time when God was forming the earth in our Creation, relating to darkness.2 The abyss in the Bible usually is refered to negative or dangerous things, like the abysmal depths of the sea3, huge distances, or dark sinister, the grave or the death4, and above all, the realm of spiritual darkness where Satan governs.5 He is called the Angel of abyss6, clearly identified in the prophecy of the seven trumpets.7 There is where it is said he was given the key to ‘the abyss’, which he used to opened his depth and from where the ‘smoke’ was risen, symbolizing his deceitful action, and freeing his army to deceive the world. Giving him the key to open the abyss indicates that he is allowed to exercise the most powerful work of deception that will affect all the world.8 It is the end of times and he wants to imitate the Second Coming of Christ, posing for him. Jesus had warned us that Satan would try to deceive, if possible, the chosen ones.9

The other place where the key of the abyss is mentioned is making a reference to the end of the world, just after the coming of the true Christ. The author of Revelation foretells the banishment of Satan and the chaotic state of desolation of the earth after the coming of Christ and declares that this condition will exists for a thousand years: ‘Then I saw an angel descending from heaven. He had in his hand the key of the abyss and a great chain. He seized the dragon, that old serpent, which is the devil and Satan, and bound him for a thousand years; then he casts him into the abyss and locked and sealed the door preventing him from deceiving the nations until the end of the thousand years. After that it will be necessary to release him for some time’.10 The action to be tied with a string, thrown into the abyss and locked up means that he will be trapped, limited, unable to tempt anyone and bound by the circumstances. The text clearly states: ‘to prevent the nations to be deceive by him again’.At the end of the millennium, he will be released again. The abyss will be opened again, and he will be released from his prison. He will then ‘deceive the nations’.11

At the coming of Christ the wicked will be blotted from the face of the earth, consumed by the spirit of his mouth and destroyed by the brightness of his glory.12 This is where, with his evil angels, Satan will make his home for a thousand years. Limited to the earth he will not have access to other worlds to tempt and annoy those who have never fallen. In this regard it is how he will be tied: there will not be anyone who falls down under his power. It will be quite impossible he follow in the work of deception and ruin which for so many centuries has been his only mission.13 During the thousand years between the first resurrection and the second14, the judgment of the wicked will be verified.15 The apostle Paul points this judgment as an event that follows the second advent. ‘Nothing should be judged before the time the Lord comes; he will bring to light the hidden things of darkness, and will make manifest the counsels of the hearts’.16 Daniel declares that when the Ancient of days came, ‘judgment was given to the saints of the Lord High’.17 At that time the righteous reign as kings and priests of God. Paul predicted that ‘the saints shall judge the world … Do not you know that we shall judge the angels?’18

And Jude declares that ‘the angels which did not kept their original state, had been left apart in prisons, under the darkness, until the final judge’.19 The trial will be held before the great white throne of God taking in account all the record books.20 Jesus is the judge and he says: ‘I am the first and the last, and the living. I was dead, but now I am alive forever. Amen. I have the keys of death and hell’.21 He is the one who really opens and no one can shut down, and shuts down and no one can open’.22 At the end of the thousand years the second resurrection will come. Then the wicked will be resurrected and stand before God for the execution of ‘written judgment’ All the people who do not have their name recorded in the book of life will be cast into the lake of fire and will disappear forever. It is second death.23