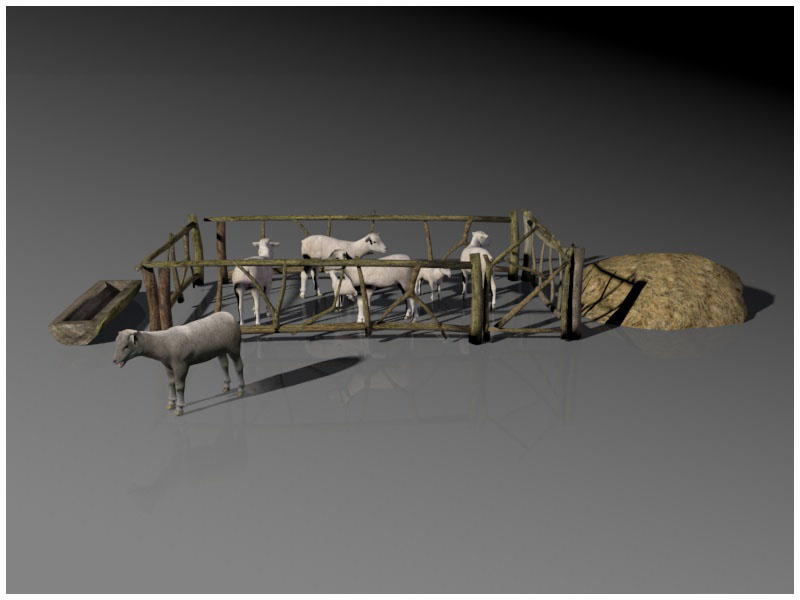 The gentle Jesus, who talked to everyone, was approached by all kinds of people eager to hear him speak. Many who heard him, common village people, were considered as vile sinners and were despised by the upper classes, who considered themselves as the purest: the Pharisees and scribes, who seeing them ‘murmured, saying, This man receives sinners and takes food with them. Then he told them this parable: “What man of you having a hundred sheep, if one of them gets lost and goes away, will not let losing one of them, will not let the ninety-nine be in the waste land by themselves, and go after the wandering one, till he sees where ir is? And when he has got it again, he takes it on his shoulders, joyful coming home and calls his friends and neighbors, saying: Rejoice with me, because I have got back my sheep which had gone away. I say to you that even so there will be more joy in heaven when one sinner is turned away from his wrongdoing, than for ninety-nine good men, who have no need of a change of heart’.1

As moral illustration of the work of God’s love for his lost children, the parable of the lost sheep should be treasured as a motto in every family. Jesus, the Divine Shepherd leaves the ninety and nine, and goes into the desert to seek the lost. There are thickets, swamps, and dangerous cracks in the rocks, and the Shepherd knows that if the sheep is in any of these places, a friendly hand should help it out. While hearing the distant bleating, he faces any difficulty to save his lost sheep. When he discovers it, he does not overwhelm it with reproaches. He was pleased to find it alive. With firm yet gentle hand, remove the thorns, or get it out of the mud; rising it tenderly on his shoulders and carries it back to the fold. The pure sinless Redeemer bears the being sinful and unclean. Jesus, the Good Pastor2, said he have been sent by the lost sheep.3 He was willing to save men, whatever was the cost.4 He accepted his baptism of blood, so that the millions who pass away could gain eternal life. He left the courts of heaven, where all is purity, happiness and glory, to save the lost sheep, the world fell by transgresión.5 And not turn away from his mission. He made propitiation by beings who wanted sin and, as a result, only obtained misfortune and death.6 The Lord says in his Word: ‘I will go in search of that which had gone wandering from the way, and will get back that which had been sent in flight, and will put band on that which was broken, and give strength to that which was ill’.7

Thus the Savior cares for his flock of disciples. He has gone before us. He lived on earth like us. It was child, youth and adult male. He defeated Satan and all his temptations, so that we can overcome too. Jesus died for save us.8 Although he is now in heaven, he does not forget us for a moment; he will keep safe each one of his sheep. No one who follows him can be snatched by the great enemy. This little world was the scene of the incarnation and suffering of Jesus, the Son of God. Christ left heaven and the rest of the universe, and came to this world, defiled and burned by the curse. The outlook was not favorable, but very daunting. However, ‘he will not fail nor fainted, until he make judgment in the earth’.9 We must bear in mind the great joy manifested by the Shepherd to regain the lost sheep. He calls his neighbors and says, ‘Rejoice with me, because I have found my sheep which was lost. And all heaven echoes the note of joy.10 The Father himself rejoices with singing by the rescued soul. What holy ecstasy of joy is expressed in this parable! And it is our privilege to share this joy.