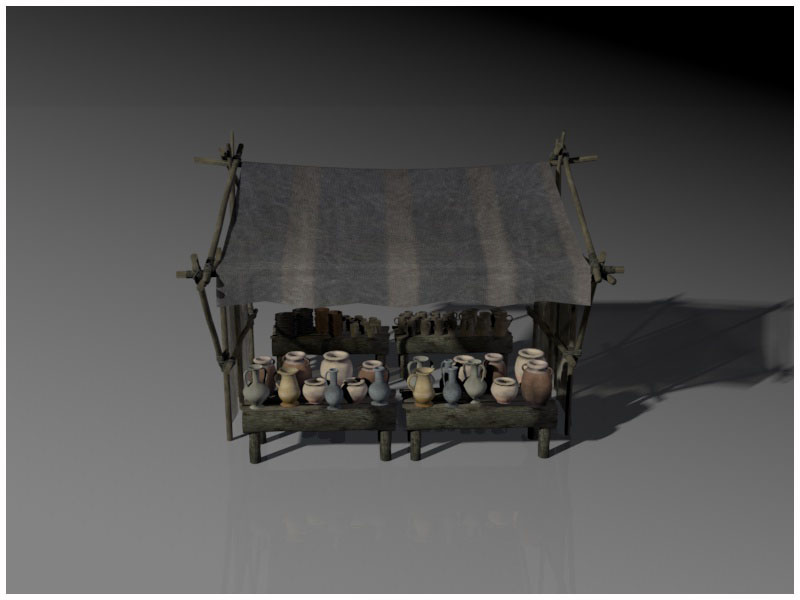 A significant event took place with an alabaster jar. Jesus and his friends were invited to the feast of Simon, a pharisee.1 On table, on one side of the Saviour, was sitting Simon, to whom he had healed of a repulsive disease for that society, and on the other side, was his friend Lazarus to whom he had raised. Martha was serving, but Mary was earnestly listening to every word that came out from the lips of Jesus.2 In his mercy Jesus had forgiven her sins, he had called her beloved brother from the grave, and Mary’s heart was filled with gratitude. She had heard Jesus speaking of his approaching death, and in her deep love and sorrow she had longed to honour him. At great personal sacrifice she had purchased an alabaster jar of ‘perfumed oil of great price’3 to anoint his body. But many people declared that he was about to be crowned king. Her grief was turned to joy and she longed to be the first in honouring her Lord. She broke the jar of ointment, poured its contents upon the head and feet of Jesus, and crying prostrated she dampened his feet with her tears and dried them with her long flowing hair.4 She had tried to avoid being seen and her movements could have remained unnoticed, but the ointment filled the room with its fragrance and betrayed her act to everyone. Judas looked upon this act with great displeasure. Instead of waiting to hear what Jesus had to say about the matter, he began to whisper to his closest colleagues criticizing why Christ could tolerate such waste. Cleverly, he made suggestions aimed to causing discontent of others.

Judas was the treasurer of the disciples, and he had secretly taken money from its small deposit for his own use, reducing their resources. He was anxious to put in his bag all he could get. Addressing the disciples asked: ‘Why was not this perfume traded for three hundred pence, and the money was given to the poor? He said this, not because he had any love for the poor; but because he was a thief, and, having the money-bag, took for himself what was put into it’.5 Judas had no love for the poor. If Mary’s ointment had been sold and the amount would have fallen into his possession, the poor would have received no benefit. Mary heard the words of criticism. Her heart trembled within. She feared her sister rebuke her as wasteful. The Master could also consider her improvident. She was about to leave without being praised or excused, when she heard the voice of her Lord: ‘Let her be; why are you troubling her?’ He saw she was upset and embarrassed. He knew that through this act of service she had expressed her gratitude for the forgiveness of her sins, and he gave relief to her spirit. Raising his voice above the murmur of criticism, he said: ‘She has done a kind act to me. The poor you have ever with you, and whenever you have the desire you may do them good: but me you have not for ever. She has done what she was able: she has put oil on my body to make it ready for its last resting-place’.6

The fragrant gift which Mary had thought to lavish upon the dead body of the Saviour she poured upon him in life. At the funeral, only her sweetness would have filled the tomb, but now filled his heart with the security of her faith and love. Joseph of Arimathea and Nicodemus did not offer their gift of love to Jesus during his life. With bitter tears they brought their costly spices for his cold unconscious body. Women who led to the tomb aromatic fragrances, according to tradition, found that their intention in vain, for he had resurrected.7 But Mary, pouring out her offering upon the Saviour, while he was aware of her devotion could anointed him for the burial. And when he stepped into the darkness of his great trial, he carried with him the memory of that event, anticipating the love that redeemed would always and forever show him.

Many are those who give their precious gifts to the dead. When they are around their cold silent body, abound in words of love. Tenderness, appreciation and devotion are lavished to the one who cannot see or hear. If those words had been spoken when most the weary spirit needed; when the ear could hear and the heart could feel, how precious would have been their fragrance! Mary did not know the full significance of her act of love. She could not answer his accusers. She could not explain why she had chosen that occasion for anointing Jesus. The Holy Spirit had thought in her place, and she had obeyed her impulses. Christ told Mary the meaning of her action, and thus gave her more than he had received. For in putting this perfume on my body, she did it to make me ready for my last resting-place’.8 How alabaster was broken and the whole house was filled with its fragrance, so as Christ had to die, his body had to be broken; but he would rise from the grave and the fragrance of his life will fill the earth. ‘gave himself up for us, an offering to God for a perfume of a sweet smell’.9 ‘Truly I say to you, wherever this good news goes out in all the world, what this woman has done will be talked of in memory of her’.10 Looking to the future, the Saviour spoke with certainty concerning his gospel. It was going to be preached worldwide. And as far as the gospel was extended, Mary’s gift would shed its fragrance, and hearts would be blessed through her unstudied act. Kingdom would rise and would fall; the names of monarchs and conquerors would be forgotten; but the action of this woman would be immortalized in the pages of sacred history. Until it was no more, that broken alabaster jar would tell the story of the abundant love of God for the fallen race.