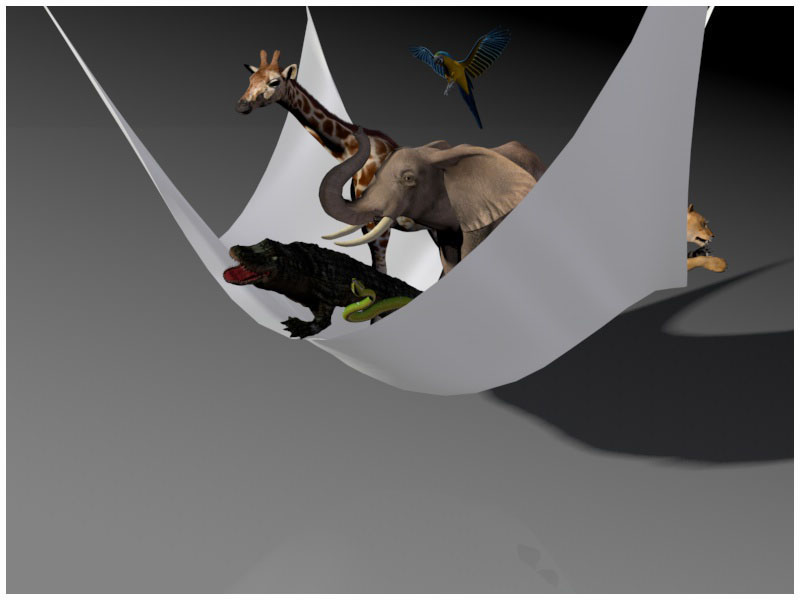 Many people have had to overcome their own prejudices and understand that God makes no differences between persons so neither we should.1 A fact related to this subject, tells the story of a Roman centurion named Cornelius who lived in Caesarea and commanded the regiment known as ‘Italian’2 Cornelius was a pious and God-fearing man, like all his family, because he helped people a lot with money and always prayed to God. One day, about three o’clock in the afternoon, Cornelius had a vision. An angel of God came where he was and talked to him. And the angel told him that God had heard his prayers and that the help he had given to others was received by God as an offering. The angel told him to send his men to Joppa, and to bring Simon, who was also known as Peter, who was staying at the house of Simon the tanner, who lived near the sea.3 As soon as the angel disappeared, Cornelius called two of his servants and one of his assistants, who was a devout soldier, and told them what happened before he send them to Joppa.

The next day, around noon, while these people were approaching Joppa, Peter went up on the roof of the house where he was staying to pray. Suddenly he was very hungry and asked for food. While someone was preparing him something to eat, he fell into ecstasy due to a vision, and saw the opening of heavens, and something similar to a great canvas tied by four points approached. In the canvas there were all kinds of quadruped animals, reptiles and birds. Then he heard a voice saying: ‘Peter, get up, kill and eat.’ Peter answered, ‘No, my Lord, because I have never eaten anything common or unclean.’ For the second time the voice said, ‘What God has cleaned, do not call common.’ This was repeated three times. After that the canvas was immediately taken to heaven.4 Meanwhile, the men Cornelius had sent reached the door. While Peter was meditating on the vision, the Spirit said to him, ‘There are three men looking for you’. So go to meet them, and do not hesitate to go with them, because I have sent them’. Peter went to where the men sent by Cornelius were, and said, ‘I am the one you are looking for’. ‘Why have you come?’ They said to him, ‘Cornelius, the centurion is a righteous and God-fearing man. All Jews speak well of him. An angel told him that you need to go to his house so as he can hear your words.’ Then Peter invited them to stay and the next day he went with them and with some of the brothers of Joppa.5

When they arrived to Caesarea, Cornelius was waiting for them and had called his relatives and close friends. As Peter entered, Cornelius met him and knelling before him, paid him honour. But Peter said, ‘Get up. I am a man like you’.6 While they were talking, Peter came inside and realized that many people had already gathered. He said to them: ‘As you know, for a Jew is very disgusting to approach a foreigner, but God has shown me that I cannot call anyone common or unclean. That is why I came without replying when I was called. But now I wonder: What have you made me come?’7 Cornelio explained what happened and added: ‘So I sent them looking for you; and you have done well coming here. As you can see, we are here in the presence of God to hear all that God has commanded you to say’.8 Then Peter began to speak, and said: ‘I most certainly understand now that God is makes no difference between anybody, but he likes everyone who fears him and works righteousness despite of the nation of procedure. God sent a message to the children of Israel, and in it he preached the good news of peace through Jesus Christ, who is Lord of all’.9

At that time, Peter told them the salvation plan God had prepared sending his Son. He explained how he lived, died and rose again. They were now witnesses to all who believe in his name will receive forgiveness of their sins.10 While Peter was speaking to them, the Holy Spirit fell upon all who heard him. Circumcised Jews who had accompanied Peter were astonished that not only the Jews received the gift of the Holy Spirit because they heard them speaking in other languages and praising God. Then Peter said: ‘Is there any impediment for those who have also received the Holy Spirit as we have not to be baptized in water?’11 And he ordered to baptize them in the name of the Lord Jesus. Then they begged him to stay with them some more days.

When the brothers in Judea heard that Peter had gone to the house of a Gentile and preached to the assembled people, they were surprised and shocked. They feared that such behaviour, which seemed them presumptuous, will oppose his own teachings. As soon as they saw Peter after that, they severely criticised him. Peter explained them the whole fact. He related his vision, and insisted that it admonished not to distinguish between the circumcision and uncircumcision, and not to consider the Gentiles as unclean. After telling them in detail the extraordinary experience he had lived, he said, “Then I remembered the word of the Lord:  John baptized with water; but you shall be baptized with the Holy Spirit. So if God gave them the same gift he gave us, to believe in the Lord Jesus Christ, who was I to contradict God?”12 When they heard this explanation, the brothers were silenced. They were convinced that Peter’s action was in accordance with the direct fulfilment of God’s plan, and that their prejudices and exclusiveness were utterly contrary to the spirit of the Gospel, so they glorified God. We hope never to oppose God with our prejudices in this and other issues. So, without discussion, prejudice was broken down, the exclusiveness established by the tradition of ages was abandoned, and the way was opened for the proclamation of the Gospel to the Gentiles.