DANIEL IN THE DEN OF LIONS 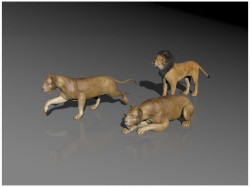 When Darius the Mede took over the kingdom formerly occupied by the Babylonian governors, he reorganised the government immediately. It pleased Darius to appoint 120 satraps with three administrators over them, one of whom was Daniel the prophet. He had been a high ruler in the earlier kingdom and now he was distinguished among the administrators and the satraps by his exceptional qualities. Therefore the king planned to set him over the whole kingdom.1 The honours bestowed upon Daniel excited the jealousy of the others who tried to find grounds for charges against Daniel; but they were unable to do so.2 They devised a plan by which they hoped to destroy the prophet. They assured that the king issued an edict and enforce the decree that anyone who prays to any god or man during the following thirty days, except to Darius, would be thrown into the lions’ den.3

The administrators and the satraps prepared the decree and presented it to Darius. Appealing to his vanity, he was convinced that the accomplishment of that edict would increase his honour and authority. As he did not know anything about the subtle plan of the administrators, the king did not discern the hostility that involved the decree. In this way, he yielded to their adulations and signed the decree. They knew that they would never find any basis for charges against Daniel unless it has something to do with the law of his God. And they were not wrong about his faithfulness to God. As the highest ruler of the administrators and satraps, he did his duty calmly; and when it came the time to pray, he went home to his upstairs room, he opened the windows toward Jerusalem and he get down on his knees and prayed, giving thanks to his God, just as he had done before.4 He did not tried to hide what he was doing, although he knew very well the consequences of his faithfulness to God. Whenever the king would have the right to order, Daniel would obey him; but neither the king nor his decree could distract him from his loyalty to the King of kings.

As they had been observing Daniel, they denounced him to the king and, although Darius made every effort to save him, he had to give up and Daniel was thrown into the lions. The king was greatly distressed and he could not sleep that night. At first light of dawn, the king got hurried to the lions’ den and he called to Daniel: “Daniel, servant of the living God, has your God, whom you serve continually, been able to recue you from the lions?”5 As he had trusted in God, the lions did not hurt him. The king was overjoyed and gave order to lift Daniel out of the den and he command that the men who had falsely accused Daniel were thrown into the lions’ den. The king Darius wrote to all the peoples, nations and men of every language throughout the land: “May you prosper greatly! I issue a decree that in every part of my kingdom people must fear and reverence the God of Daniel. For he is the living God and he endures forever; his kingdom will not be destroyed, his dominion will never end. He rescues and he saves; he performs signs and wonders in the heavens and on the earth. He has rescued Daniel from the power of the lions”.6 Daniel prospered during the reign of Darius and the reign of Cyrus the Persian. Daniel was honoured by God as his ambassador.