GIDEON AND THE WOOL FLEECE 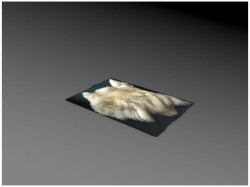 Gideon, also called Jerubbaal1, was a brave Israelite feared by the Madianites invaders. God chose him to be judge of Israel. His call for this mission was especially particular, as the Lord’s messenger appeared to him. He was in his winepress when it appeared to him. There, he threshed the wheat he had managed to hide from the Madianites. At that moment, he was thinking sadly about the situation of Israel and about what could be done in order to reach freedom. Suddenly, the Lord’s messenger appeared to him and spoke to him, saying that he was to be sent to save Israel.2 Gideon, being hospitable, prepared a young goat and unleavened bread, but he wanted a signal of who the visitor really was. Then the Messenger touched the meat and the unleavened bread with his staff and a fire flame came out from the rock and devoured the offering. He thought he was going to die, for he had seen the Lord’s messenger face-to-face. He guaranteed him that he would not die and vanished out of sight.3 Gideon was told to break down his own father’s altar to Baal, and he had to build another to the Lord on the rock where the offering had been burned, to present a second offering to the Lord. At night, he faithfully carried out the divine order.4

After fighting idolatry, he had to lead an army against the Madianites.5 However, Gideon did not dare to head the army without additional evidence that God had chosen him, and that He would be by his side. Oddly, he asked for a new and strange signal of God’s will. He begged: “To see if you really intend to rescue Israel through me as you have declared, I’m now putting a wool fleece on the threshing floor. If there is dew only on the fleece but all the ground is dry, then I’ll know that you are going to rescue Israel through me, as you have declared”.6 In the morning, the fleece was wet, and the ground was dry. However, he doubted, as wool naturally absorbs air’s humidity, so he thought that maybe this signal was not decisive. As a consequence, and praying that his extreme caution would not be unpleasant to the Lord, he asked that the signal was the other way round. His wish was granted.7 It encouraged Gideon to fight the invaders.8

What happened then is one of the most amazing actions of God. Gideon had recruited almost three thousand men; he only needed three hundred to defeat de Madianites just by doing exactly what God had told them. This proves once more the Lord’s supernatural power.9 God does not always choose the most talented men, but those who can serve him better. The Lord can work more efficiently through those who understand their own limitations, and want to trust him as leader and source of power.