MELCHIZEDEK, PRIEST AND KING OF SALEM 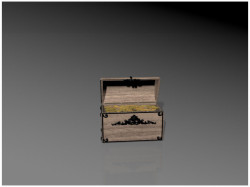 Melchizedek, king of Salem and “priest of God Most High”1, received the tithes from Abraham. Melchizedek is a character shrouded in mystery, of which the Scriptures do not say too much. He is the main character of scarcely three verses of the Bible In spite of that, the passage is rich in details through which, even though we can’t identify the role he played in the ancient world exactly, they do help us in understanding it. Melchizedek not only carries out a priestly work, but also he is the king of Salem, a city whose meaning means “peace”.2 Salem is but the original name of Jerusalem. Melchizedek is a name that designates deity. Often translated as “My God is fair” or “king of justice”, the connection with the God of Israel derived thereof is quite strong.

The second characteristic of Melchizedek is his priestly work, parallel to his royal functions. The blessing gave by the king of Salem to Abraham has, of course, priestly repercussions, and allows us to confirm that Melchidezek carried out all these functions. In fact, in the Scriptures, blessing is a sacred act that often falls on other people3 or even on created things.4 Priestly blessing is a conscious and transcendental act that points out the sacred nature of the functions of Melchidezek, who was also a spiritual leader. This reality is endorsed by the handing over from Abraham, of the tithes of everything he has, to Melchizedek, since the tithe is God’s.5 This beautiful act entails recognising God the provision of everything one has, and the grateful return of the tenth of all.6 His descendants had the same habit.7 The system of tithes and offering aimed to etch a great truth in human minds, namely, God is the source of all blessing for his creatures and that we owe him our gratitude for the precious gifts of his providence.8

But if Melchizedek stands out in something, it is in being the antitype of Christ, that is, somebody who anticipated and predicted Messiah himself. The lack of genealogical reference related to him9 or his priestly pre-eminence in opposition to Levitical priesthood started in Aaron10, lead us to the future, to a moment where Jesus Christ, dead in the Cross, and rose from the dead, would become high priest forever, exercising an immutable ministry, untransferable and forever.11