THE LAND OF GOSHEN 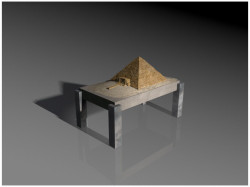 The land of Goshen is a space located in Egypt today. This area is where Joseph, son of Jacob, settled his family when they moved to Egypt, and it was closed to where Joseph served as Nation governor.1 We also know that it was relatively secluded from which the Egyptians lived, as they avoided living alongside shepherds. The land of Goshen was a fertile area due to irrigation, Pharaoh called it “the best in the country”2 and was in the district called Ramses. Pharaoh appreciated the wisdom manifested in the administration of José in everything related to government, especially the preparations he made for the long years of famine which endured the land of Egypt. He thought the whole kingdom was indebted to him for the prosperity that produced his wise administration, and as proof of his gratitude he let them dwell in that fertile land, without even having to pay taxes.

For all these elements it has been considered that the land of Goshen should have been located in the delta of the Nile, probably in eastern thereof. The area could be bounded by the cities of Pithom and Rameses (or Avaris) east, which were supplycities3 built by the descendants of Jacob when they fell into slavery, and Memphis and Heliopolis south; however it is not possible to determine its limits. In those excellent conditions, the seed of Jacob, called children of Israel, “fruited and multiplied, and were increased and strengthened exceeding mighty, and they filled the land”.4