THE TWO WOMEN OF REVELATION 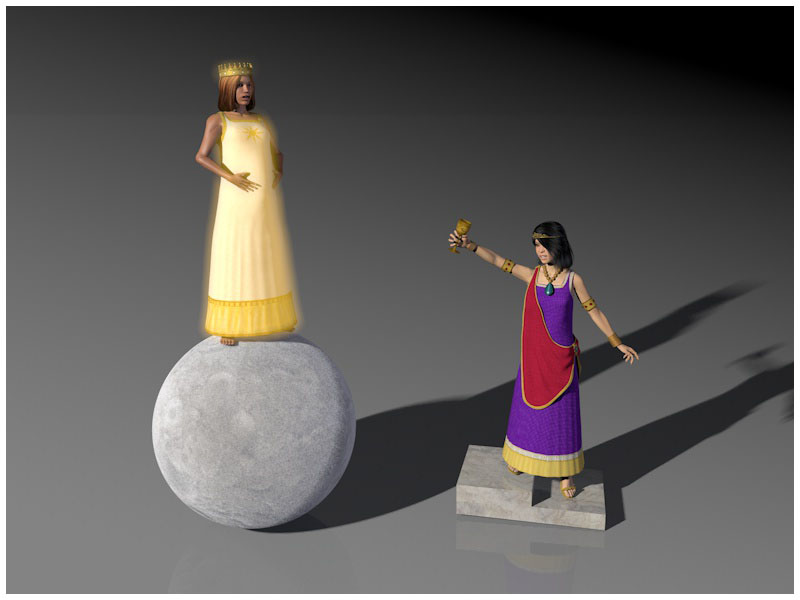 In Revelation, two completely different women are described. The first one is ‘a woman whose dress was the sun. The moon was under her feet, and on her head she wore a crown with twelve stars’.1 The second one is ‘a woman sitting on a scarlet beast with seven heads and ten horns. It was full of blasphemous names. The woman was dressed in purple and scarlet, and wore gold ornaments, precious stones and pearls. She had a gold cup in her hand which was full of abominations and filthiness of her sexual immorality. Inscribed on the front bore a name whose meaning was a mystery: ‘Babylon the great mother of harlots and abominations of the earth’. The woman was drunk with the blood of the saints, and the blood of the witnesses of Jesus’.2 One is pure and bright. The other is corrupt and dressed in purple and scarlet, symbol of bloodshed and sin.3

The first woman, who was pregnant, represents the pure church of God. Her light dress represents the character of Christ, the Messiah, the sun of Justice4, who was born to be man.5 The moon is the Word of God, on which it is based, and the twelve stars represent the people of God (twelve tribes, twelve apostles). She and her offspring are persecuted by the dragon, Satan, and by an apostate power guided by him. This power is represented in other texts by a small horn or a beast with seven heads and ten horns.6 Her offspring, the church of God, has a feature that indicates their belief and loyalty: ‘They obey God’s commandments and have the testimony of Jesus Christ’.7

The second woman represents an apostate and impure church, completely identified with the beast in which she is sitting (the imperial Rome and the Papal Rome).8 She is adulterous or ‘harlot’, which symbolically indicates her apostasy. She has done truth forsake many people. His offspring is like her. Therefore, she is called the great Babylon (which means confusion), the mother of harlots. She is responsible for the abominations of the earth and is drunk with the blood of the saints, because she has persecuted the church of God for a long time. This woman is sitting on the seven heads of the beast. The angel who describes her says they are seven mountains, which Correspond to the seven hills of Rome. The place where this apostate church is located.9 The angel also adds: ‘The woman you have seen is the great city which reigns over the kings of the earth’.10 As identification, it is also said that she ‘universally’ reigns, that is, over many people and nations, represented by many waters.11 The text adds that the ‘kings of the earth’, the governors who have marvelled because of her renewed authority, will join her in her common purpose against the Law of God and against his people.12 But one day their domain will end, because they fight ‘against the Lamb, but the Lamb will overcome them because he is Lord of lords and King of kings; and those who are with him are called ‘the chosen’ and ‘the faithful ones’.13