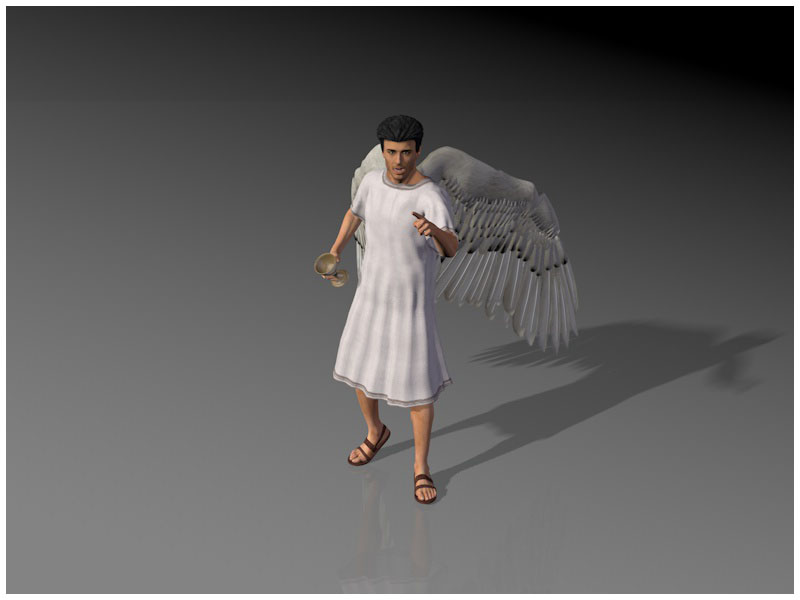 In the book of Revelation we find a repetition and extension of concepts in the shape of the number 7. So we have 7 churches1 to talk about the whole history of the church in its spiritual dimension and 7 seals2 to talk about the history of the church and its relationship with the world. Then it shows 7 trumpets3 and finally 7 plagues.4 The 7 churches and the 7 seals show that, despite the original purity, Christianity underwent a process of apostasy when concepts of pagan origin were introduced into Christian theology, which led the church to practice idolatry.

The parallelism between the 7 trumpets and the 7 pests is clear, however, there are some details that allow us to see their difference. It seems clear that the touch of trumpets has the intention to lead people to repentance. During the touch of trumpets the unbeliever can still glorify God.5 Instead, the judgments and the pests share some common elements with the plagues of Egypt and the liberation of the Israelites from slavery. Unlike the trumpets are all judgments upon the whole earth.6 The pests will only shed when there is no longer probation, when the chance of salvation finishes.7 That will only occur shortly before the Second Coming of Christ. He warned of the many wars, famines, earthquakes and pestilence that will come before his arrival, but it would just be the begining.8 These evils will take place and will increase more and more, becoming more and more disastrous. The destruction will come upon men and animals. ‘The earth has been destroyed. It fell ill, and the world with it. Heaven and earth are sick! The land was polluted because of its inhabitants, for they transgressed the laws, falsified the law and broken the everlasting convenant’.9 But the final seven plagues are an act of God, strange, but definitive. When Christ ceases his intercession in the sanctuary the God’s anger will be are poured out and will threaten those who worship the beast and his image and receive his mark.10

These plagues are not universal, otherwise the inhabitants of the earth would be wholly destroyed. They will also be short. Although they will be the most awful scourges that men have ever experienced. All the judgments came upon men by the end of probation, have been mingled with mercy. The pleading blood of Christ has shielded the sinner from receiving the full measure of his guilt; but in the final judgment, God’s anger will be poured out without mercy. At that time, many people unnecessarily invoke the protection of divine mercy, which for so long they despised.11 Babylon is said that “its sins have reached unto heaven, and God hath remembered its iniquities’.12 It has so many guilt that the destruction is about to fall on it. But God still has people in Babylon so before the judgments of heaven had fallen, these faithful followers should be called to leave the city and having no part in the plagues. Reason is why this movement is symbolized by the angel coming down from heaven, lightening the earth with a loud voice and denouncing the sins of Babylon. While this message is heard: ‘Come out of the city, my people’.13 These statements, coupled with the third angel’s message, constitute the final warning given to the inhabitants of the earth. While one class, by accepting the sign of submission to earthly powers, receive the mark of the beast, the other, choosing the token of allegiance to divine authority, receive the seal of God.