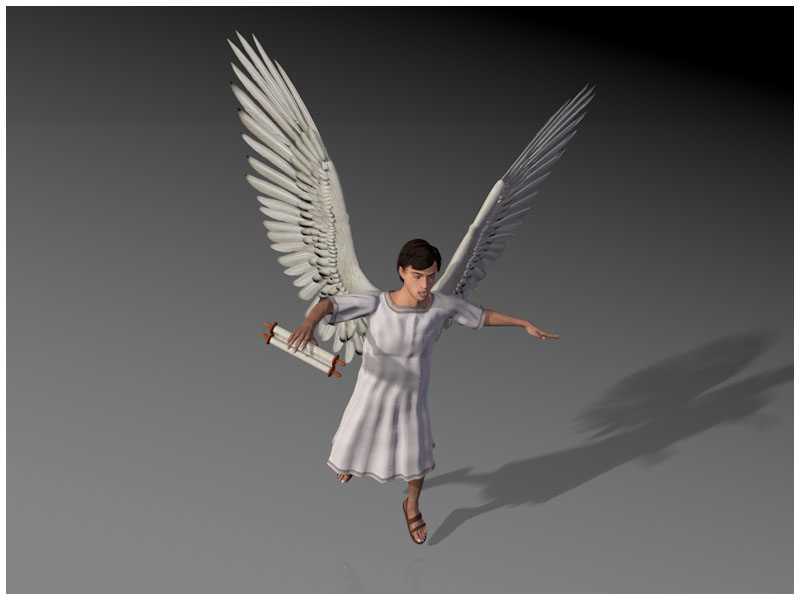 One of the most important visions of Revelation is featuring three angels flying through the sky on proclaiming a triple message.1 Each message is closely related to the others. They also have to do with other symbolic visions presented in other texts of Revelation. The word ‘angel’ means ‘messenger’ and in this prophetic and symbolic vision, angels represent God’s people of the last time in this world, which are commissioned to proclaim the good news of salvation.

The first angel and his message.2 The first angel can be seen flying with the everlasting gospel to preach it to the inhabitants of the earth, that is, to every nation, kindred, language and people. This phrase is similar to the formula used in the Great Commission of Christ3, but includes two more points. One, proclaiming that the time of the Judgment of God in heaven has come, an act that will take place before the second coming of Jesús.4 It is a final message to the world. Two, the invitation to worship God as the Creator, which is the same as mentioned on the Sabbath in the fourth commandment, which is the memorial of Creation.5

The second angel and his message.6 This second angel proclaims: ‘Babylon has fallen! That big city has fallen! It has fallen because all nations were drunk with the wine of its burning sexual immorality.’ Babylon is the impure woman of Revelation7, who represents an apostate church, from which apostates daughters were born because they inherited false doctrines about the true Bible.8 Its fall indicates that it has reached the top of its transgressions, because its lies has invaded and imposed the world.

The third angel and his message.9 The third angel warns us with a loud voice about the danger of receiving a mark. One mark that the beast and his image (an ancient political-religious power) want to impose on the whole world.10 The special truth of Saturday the seventh day, that the first angel must to proclaim at the final time, is a sign or seal for people’s God, according to the Bible.11 It is the sample or sign of his authority and is the only precept of the Decalogue that points God as the Creator of heaven and earth. The opposite signal, which is imposed by the impure woman and is accepted by her daughters, is Sunday, the false day of worship, which is not approved by the Bible.12 That is the lie that will make it finally fall.13 As is the last proof to the world, the last message warns against the fact of accepting this false doctrine. That equates to receive the mark, a fact which is the final judgment together with the instigators.14 In contrast, at the end of the three angels’ messages, the true people of God is highlighted by keeping the commandments of God and have pure faith in Jesus.15 This is the last chance. Shortly before the coming of Jesus, seven plagues will fall on this world. That is the reason why God wants to warn his people distributed among all nations and churches. Finally, he ask his people to leave Babylon16, rejecting the false doctrines that cause confusion in the world, trying to avoid his people for taking part in these final plagues.17 God wants to protect his people in the last time18, until he comes for them. Everyone is invited to accept these messages.19 His eternal life depends on it.20