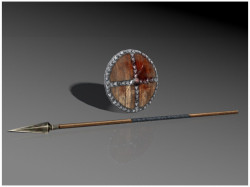 In days gone by on the earth, there were giants, for it is mentioned in the Bible some times that there were people not only very high, but of the highest height.1 Similarly, it is important to notice that, at the beginning of mankind, Adam and the antediluvian patriarchs lived almost a thousand years and seemed to have a great intelligence2, which allowed them to carry out great feats and incredible buildings. And so, we must remember that God made man perfect, in his image and likeness3, and with lots of extraordinary qualities that he has gradually lost. For example, Adam named all the existing animals and he could remember them without the need of having it written.4 In some places and families, there were still some descendants with those impressive qualities. Still today there are some special cases, of great high, vitality or great intellectual capacity. That is why compared to other men, they were called then “giants”, even though at the beginning of the creation, it was usual to have those qualities and that vital capacity.

The Bible contains lots of references to some of those families of giants, which gradually disappeared at the beginning of human history. Hebrews referred to some of them as rephaites, “which were a people as powerful, numerous, and tall as the Anakites”.5 The giants of Canaan were also so high that the twelve spies felt like lobsters compared to them, and so they were considered by them.6 Some other towns of giants mentioned.7 Other individual giants are mentioned. Among others: Og, king of Bashan, whose bed was four meters long and two meters wide8; Goliath, of Gath9, whose height was about 3,20 meters and Isbi-benob10, whose tip of her spear weighed about 3 kilos; as well as another giant who had six fingers on each hand and foot, making a total of twenty four fingers.

It is obvious that the Bible informs us that the human being has gradually degenerated and now it is not what it was. Unquestionably, this is due to the sin and the constant evil. When God made the man, he did it “a little lower than the angels”11 and with resurrection we will get our glorified body, covered of immortality and incorruptible back.12