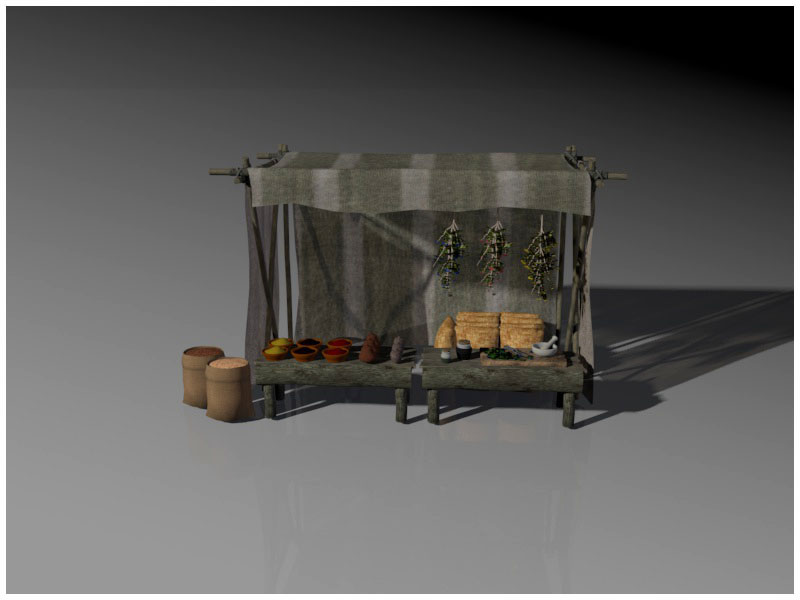 Parables are an illustration, an illustrated story or proverb, used to explain something important or provide a moral education in a simple way that reaches the most people. The Bible says that Jesus always spoke in parables, for listeners to think about the kingdom of God and could understand it.1 That, on the other hand, fulfilled two ancient  prophecies.2 The same day in which Jesus made clear why he spoke in parables, he said: ‘What is the kingdom of God like? What comparison may I make of it? And how I compare it? It is like a mustard seed which a man took and put in his garden, and it became a tree, and the birds of heaven made their resting places in its branches’.3 Among the crowd listening to the teachings of Jesus there were many Pharisees, who surely noticed how few of his listeners then recognized him as the Messiah, the Christ. Among earthly governments there was nothing that could serve to establish a similarity with the kingdom of God. So Jesus seems to hesitate about with which compare it. No civil society could provide him a symbol. The germ in the seed grows under development of the life principle which God has implanted in it. Its development depends upon no human power. That also applies to the kingdom of Christ. It is a new creation. Its development principles are the opposite of those that rule the kingdoms of this world. Many earthly governments prevail by physical force, they maintain their dominance by war; but the founder of the new kingdom is the Prince of Peace. The Holy Spirit represents worldly kingdoms under the symbol of wild beasts of prey; but Christ is the ‘Lamb of God who takes away the sin of the world’.4 In his plan of government there is no use of brute force to compel the conscience. The Jews expected that the kingdom of God was established in the same way as the kingdoms of the world. To promote justice, they resorted to external measures. They devised methods and plans. But Christ gently implements a principle. By implanting truth and righteousness, error and sin are counteracted.

At first, a planted mustard seed, which is one of the smallest seeds, projects a tender bud; but with a powerful vitality, and it grows and flourishes until it becomes large. So the kingdom of Christ at first seemed to be humble and insignificant. Compared with the kingdoms of the earth it seemed the smallest of all. The asseveration that Christ was king was ridiculed by the governors of this world. However, among the grate truths entrusted to the followers of Jesus, the kingdom of the gospel possessed a divine life. And how fast was its growth, how widespread its influence! When Christ spoke this parable, there were only a few Galilean peasants who represented the new kingdom. Their poverty, the scarcity of their number, was often presented as a reason why men should not join these simple fishermen who followed Jesus. But the mustard seed had to grow and spread its branches throughout the world. When perish earthly governments, whose glory then filled the human hearts, the kingdom of Christ would remain a powerful and far-reaching power.

Thus, the work of God’s grace in the heart is small in its beginning. A word is spoken, a ray of light shines in the soul, an influence that is the beginning of a new life is exercised; and who can measure its results? In the parable of the mustard seed is not only the growth of Christ’s kingdom illustrated, but also that at every stage of its growth the experience represented in the parable is repeated. God has a special truth and a special work for his church in every generation. The truth, hidden from the wise and powerful men in the world, is revealed to the humble and those who are like children. Faith as a mustard seed is what it´s just needed.5