NEHEMIAH AND THE RECONSTRUCTION OF THE WALL 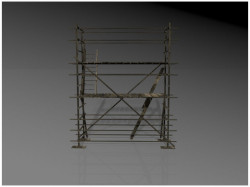 Jerusalem had been completely destroyed by Nebuchadnezzar army.1 The first exiled people, who came back seventy years later with Zerubbabel on the first order of return (Cyrus’2), found only ruins and rubbles. But they could not continue building, intimidates by the people who had occupied the land of the deported.3 They were like that for years, until a new order, this time from Darius, king of the Medes, who after investigating the matter, confirmed the first order and ordered to continue freely the reconstruction.4 Finally, the valued scribe and prophet Ezra, came with the third and definitive order from Babylon, issued by king Artaxerxes.5 Nehemiah was also friend and servant of king Artaxerxes, who seeing him sadden by his people’s situation, asked him to deal with the total reconstruction of the wall and the city.6 He achieved it with the help of Ezra, but not easily, as Daniel had prophesized: “Know therefore and discern, that from the going forth of the commandment to restore and to build Jerusalem…it shall be built again, with street and moat, even in troublous times”.7 It was such that Nehemiah tells that half of his servants worked on the work, and the other half was armed with spears, shields, arches and cuirasses, watching day and night. And those who built the wall, those who carted and those who loaded, with one hand they worked on the work and with the other held the sword; each one had their sworn girded to the waist and so they built.8

Jerusalem was in ruins and its doors were consumed by the fire. Nehemiah encouraged the Jewish to build the wall, so as not to be a matter of dishonor. Most of them accepted willingly the challenge and Nehemiah shared out the work in sections and families.9 All kind of social classes took part of the work, even the priests. Each group dealt with a section and so the construction of the wall could progress at the same time, despite joking and conspiracies of their enemies, which became more intense when they were halfway of the height.10 Finally the wall was finished in fifty-two days. When all their enemies heard about this, all the neighboring nations feared; “and were much cast down in their own eyes; for they perceived that this work was wrought of our God”.11 After the wall was built, doors were placed and doormen, cantors, Levites and guards were appointed. The city was spacious and big, but there was a few people living inside of it, for the houses had not been rebuilt.12 The chiefs of the people lived in Jerusalem, but the rest of the people, about fifty thousand people, tossed for one of each ten lived in Jerusalem, holy city, and the other nine parts on the other cities. “And the people blessed all the men that willingly offered themselves to dwell in Jerusalem”.13